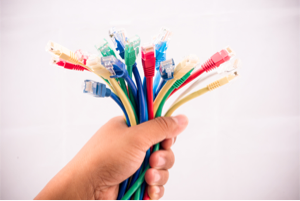 The manufacturing division of a Fortune 500 had been coasting along with about a 15% share of the low voltage building wiring market for decades. But when the LAN market started to take off, they saw their market share plummet.

The company was failing to maintain revenues and market share, and jobs were on the line.

As an old-line telephone cabling manufacturer, they had developed an extensive and loyal VAR network. But LAN technology was changing faster than their partners could learn it. And decisions were being made far from their traditional telephony contacts - in the IT departments where they had no relationships.

Making matters worse, many data centers - where the bulk of the wire was going, were being planned in secret, so they didn't hear about them. And even the LAN upgrades were being designed by systems integrators who had no interest in differentiating standardized wire. So they were, to be kind, out of luck.

At first they thought they could just send their reps into the IT departments. But their reps didn't speak the language, and wire was commoditized anyway. So they were quickly shown the door. 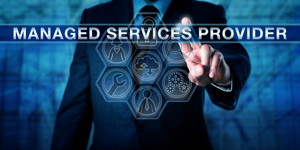 An MSP in the mid-West had developed a solid client base through networking by the owners. But when they tried to expand their sales:

- They kept running into competition.
- Everyone either already had a relationship, or didn't have a need.
- Making matters worse, their traditional customers were being approached by other vendors, forcing the MSP to lower their prices, and squeezing their margins.

All of which made it even more painful to invest in Marketing.

Before Covid, networking was a great way to establish relationships for MSPs. But groups like the local Chamber of Commerce, BNI, and LeTip often limited the number of vendors of a particular type into a network. So growth beyond a local niche was often blocked. And buying your competitors didn't help because there were always more on the horizon.

Following the conventional wisdom of the time, they went all-in on SEO, email and inbound marketing. They published extensive content intended to educate prospects in the hope that it would build rapport, credibility and interest. And they even put money into PPC to see if it could trap traffic, and generate some ready-to-buy leads.

In spite of following the advice of virtually every Marketing expert they talked to, nothing seemed to work. Whatever traffic they saw had no interest. And whatever leads they got were unqualified.

They even tried cold calling, but that didn't work either. So they called LeadGen.com. 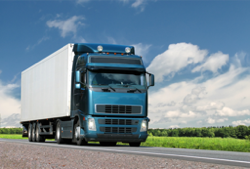 A trucking company that had been in business for 40 years was handed down to a younger generation as the owner to moved into retirement. He had grown the company into a substantial and well-respected regional carrier that specialized in hauling food and other agricultural products on the basis of their ability to get products from farm to store quickly and efficiently, insuring freshness, quality and low cost.

For obvious reasons, the young, new owners wanted to take the business to the next level and build their own fortunes. But they weren't going to be able to service accounts beyond their regional market without a major investment in refrigeration, both on their trucks and in their warehouse. Making matters worse, competition was coming after their traditional accounts, which they now had to defend. And consolidation among wholesalers was empowering customers to dictate prices, and squeeze margins.

They had to go on offense, so they bit the bullet and invested in four new reefers and a new 100,000 sq. ft. refrigerated warehouse. They hired a Marketing Manager to promote their new refrigerated services. And they hired a new salesperson to knock on doors and drum up business.

But It Didn't Work

But after six months of pounding the pavement, they had barely utilized 10% of their new warehouse capacity. And all the reefers did was increase costs on their traditional, shorter routes, making them less price-competitive than they were before, further jeopardizing their plans.

With nothing working and the bank at the door, they called LeadGen.com. 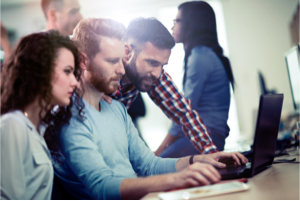 An IT development firm was having difficulty growing their revenues. Most of their sales had come from a mix of body-shop, permanent placements, and turnkey development projects, but:

- Renting out bodies was limited by the number of available projects
- Permanent placements was a competitive scramble-fest
- And the general development was shrinking.

So they were clearly challenged.

Demand for general developers was high throughout the 2010's. But that just attracted more competition. Whoever showed up first with resumes usually got the deal. But that meant that IT consulting firms had to be call every CIO in their contact file 3-4 times a week just to have a shot, limiting their coverage.

Making matters worse, as the software platforms got better, there was less need for generalists like .NET programmers, and more of a need for specialists. But theses folks could make more money going direct, so the body shops often got shut out.

The traditional method - try harder - simply led to frustration, and turnover among the sales staff. And newer techniques such as Linkedin marketing, SEO and Inbound seemed to fall on deaf ears, making the Marketing prople head for the hills when the cash register failed to ring. So they called LeadGen.com.