3D printing was an unknown technology when an early entrant asked LeadGen.com to help develop the market, which we did by getting them into dozens of Fortune 1000 manufacturers.

Discover how we did it! 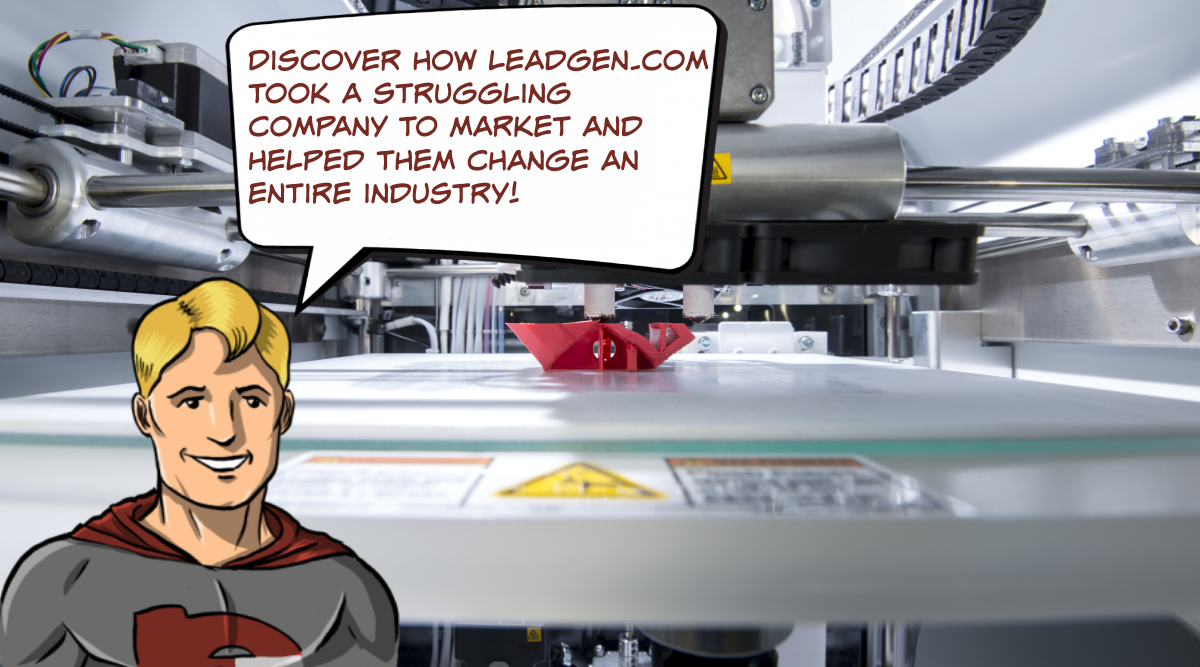 An Israeli company had invented a powerful new technology that could actually “print” plastic items in 3-dimensions. Used for rapid prototyping (such as for product development and marketing purposes,) they offered a quality and resolution far beyond their competitors, but they couldn’t get traction in the US market, chiefly because of coverage issues.

With a limited sales force, the company invested heavily in trade shows and advertising. But while they got some leads, the close rate was very low because the leads weren’t with the decision makers. Most leads were for information gatherers, and competitors who could follow-up better were outselling them at every turn.

Doing an end-around, LeadGen.com identified the companies that might need the product, and went directly to the chief designers and engineers. But getting to the right person wasn’t enough. We also had to persuade them to consider changing from outsourcing their prototype work, for which many used service bureaus, to doing it in-house. And we had to overcome objections about price, and buying a foreign-made product.

The initial pilot campaign demonstrated that outsourced B2B telemarketing was far superior to trade shows and advertising in terms of cost-per-lead, quality and quantity of leads. By the time the campaign ended a year later, we had gotten the company into nearly 100 new prospects, with an expected close rate nearing 50% on a $60K item, for less than the cost of one trade show.

Do you have an innovative solution you need to bring to market, but having a hard time identifying and getting in front of the right people who could benefit?