Learn how LeadGen.com helped a consortium of consumer marketing experts get in the door of Fortune 500 firms, turning what was originally a response rate of zero, into money in the bank almost overnight! 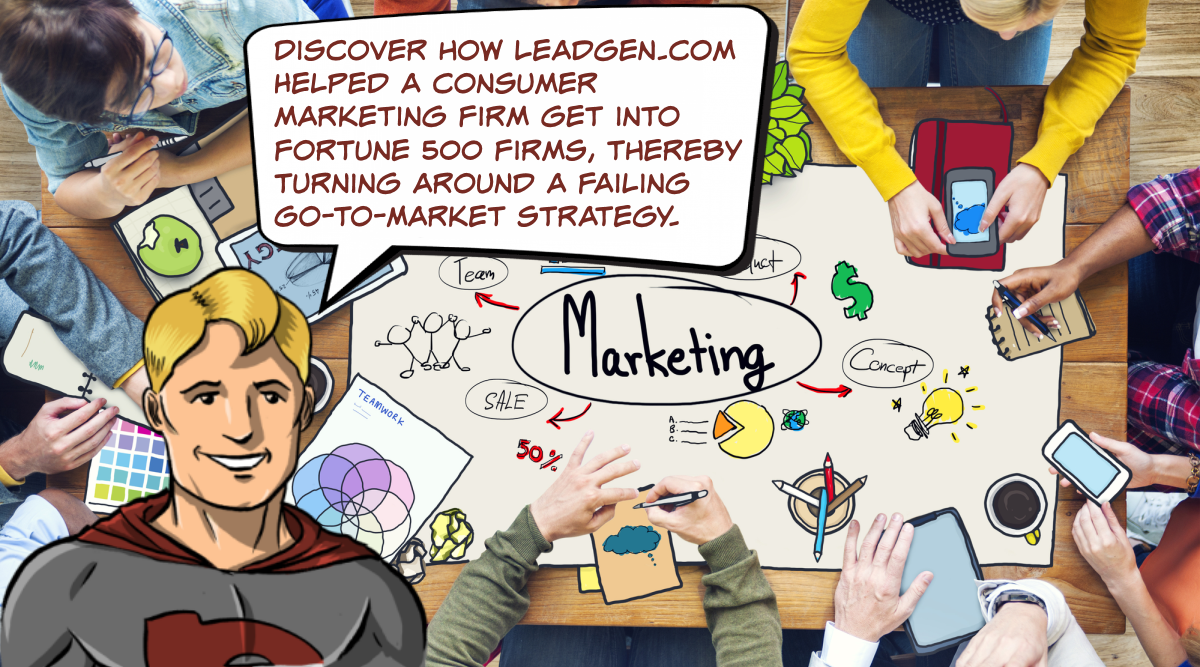 The problem with selling these complex programs (or even just getting in the door,) is that the potential beneficiaries extend far beyond the traditional sales and marketing organizations – which are usually already committed to the company’s advertising agency. Often the Channel Manager, CFO, Supply Chain Manager and others don’t understand their role in the process, or the tremendous savings they can achieve.

The group had originally formed while developing a successful campaign for a common client, and so they direct-mailed the example as a demonstration of their capabilities to hundreds of suspects. With a response rate of zero, they quickly realized they were out of their element. While they were clearly experts in consumer marketing, they just as clearly had no idea how to break into the executive tier of the Fortune 500.

Successful high-level prospecting is a lot like a military campaign. You have to put a lot of assets into position before you fire your first shot. LeadGen.com put together a program that combined research, direct mail and telemarketing that achieve a 40% appointment rate, and enough successful deals to keep the group going for over two years – all in about eight weeks.

Effective prospecting isn’t just a matter of picking up the phone. You have to know who to call, and what to say. And sometimes you have to do a lot of homework before you go into battle. But if you’re going after the Fortune 500, it can be worth it.

Are you a Marketing Company with a sales challenge you need to solve?